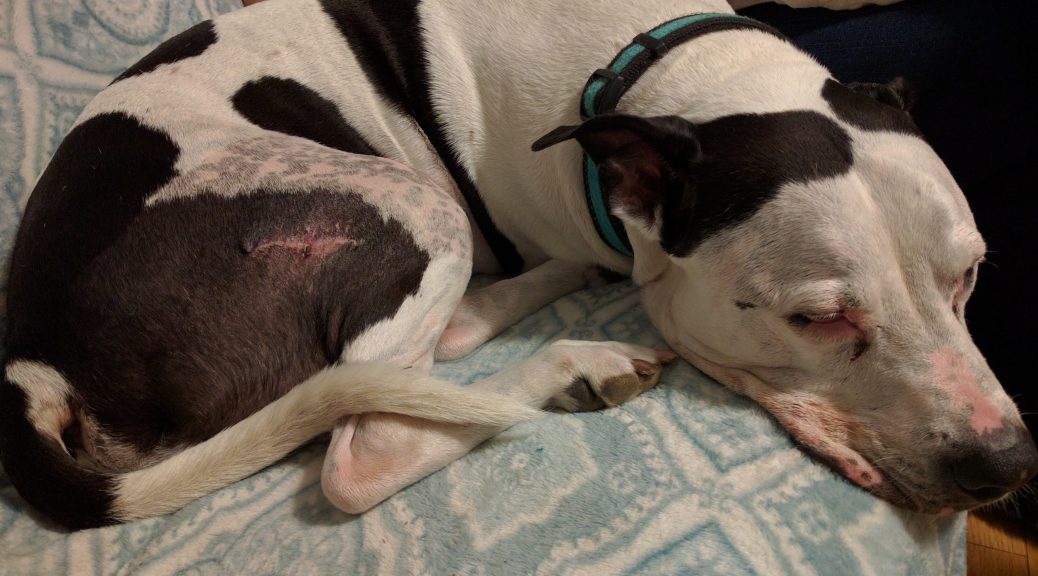 Yesterday was three weeks since I had the surgery on my leg and last night I got to sleep without the cone! I’m very excited about this because the cone keeps from licking my feet and my leg. (I know I’m not supposed to lick the leg, so I’ve been licking the inside of the cone instead!)

So, what’s going on? Why was I wearing a cone for three weeks?

Well, a few months ago my people noticed that I had a big bump growing on my right back leg. It didn’t really bother me, and I could run around just fine, but they were worried and took me to the veterinarian (that’s a fancy word for “Dog Doctor”, except he was a human, not a dog) to find out what it was.

Wearing the cone is kind of confusing. Along with stopping me from licking my leg, it’s also much wider than my head and body, so it was hard to walk around the house or even climb up on the couch. I’ll still have to wear it another few days when my people aren’t around to keep an eye on me, but for now I get to sleep all night without it.

Gone to the dogs